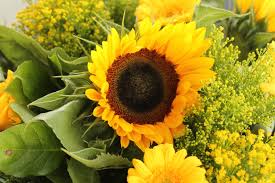 It’s not as easy as it seems to communicate without offending certain groups these days. Some feel offended when a certain politician posts fierce tweets, others get really angry about the veiled statements by another politician. In the meantime, it has become the done thing to use correct language in the business world too. You only have to look at the sponsors’ reaction to the initially proposed World Cup song for the Red Devils team of the rapper Damso that was considered misogynistic. And the recent fumbling communication about the Christmas or Winter market in Bruges demonstrates that it simply has become a social phenomenon. That’s why many communication experts research what politically correct communication actually is, and what’s more – I think – they busy themselves with the phenomenon of fake news.

There actually is not a really clear definition of ‘politically correct language’. As the term consists of two parts, we can first address what is politically correct. What does Wikipedia tell us? The following. “Political correctness (sometimes abbreviated to policor or pc) is a pejorative term for the avoidance of language expressions or behaviour because they can be considered derogatory or discriminating by some groups that are recognised as disadvantaged or marginalised (minorities in particular). The opposite ‘politically incorrect’ can be used in a positive sense to make offensive statements sound rebellious.”

Of course, everyone is entitled to their opinion. Politicians in particular, who want to spread their opinion anywhere and persistently to convert others to their convictions. However, opinions can strongly differ and are often completely opposed. You are in favour of or against Donald Trump, a middle ground doesn’t seem to exist. “You hate him or you love him”. What is then politically correct or even better: who does then communicate politically correct? The one in favour or the one against? This polarises the debate even more.

We do think it is right to say that politically correct communication evolves with language. Two centuries ago the expression ‘your flowers stink’ was interpreted as ‘your flowers smell fresh’. That is no longer the case. In the past we spoke of cripples, now they are persons with physical limitations. The disabled have now become ‘differently able’, etc. A living language evolves with the times and the zeitgeist, ipso facto politically correct communication will do the same. It is unavoidable.

That means that the debate around politically correct communication can never be completely closed. Communication experts will have to learn to live with it, preferably in a creative way. It requires constant training in weighing up terms, words and idioms. It needs far-reaching flexibility and adaptability to adjust to a changing world in a changing environment. Should that not be the exact essence or added value of communication advice? And if it isn’t, at least it sharpens the minds…